Oliver Torr is an acting teacher with nearly two decades of high level teaching experience who has worked extensively in the best acting and music conservatories in Australia as well as in Germany and the UK. He holds a BFA in acting and an MA in directing. He has worked in film and television as an actor, writer and director. Oliver teaches Stanislavski based acting to adults and children. He also wrote his masters thesis on method acting for opera. He has worked for:

He taught film and drama at Escola Global international school. Oliver Torr’s popular thesis on method acting in opera can be seen here. 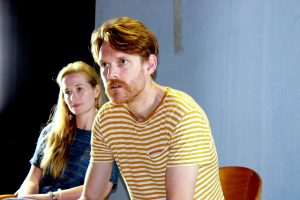